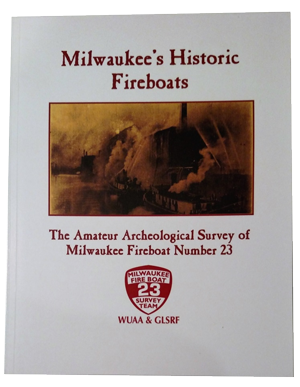 This publication tells the story of Fireboat 23 from it launching in 1897 until it was taken out and sunk in 1923 to be forgotten until 2005 when Jerry Guyer discovered the wreck in about 70 feet of Lake Michigan water. Included are the results of the 3 seasons that were required to do the underwater archeology performed by the volunteer divers from WUAA and the GLSRF.

The Norlond sailed under various names during its sailing career. In November of 1922, she started leaking and the crew was unable to save their vessel.  The underwater archeology that is included in this publication was completed by volunteer divers from WUAA and the GLSRF.