Marine Antiquity of the Month for Oct.; Early American Steamers 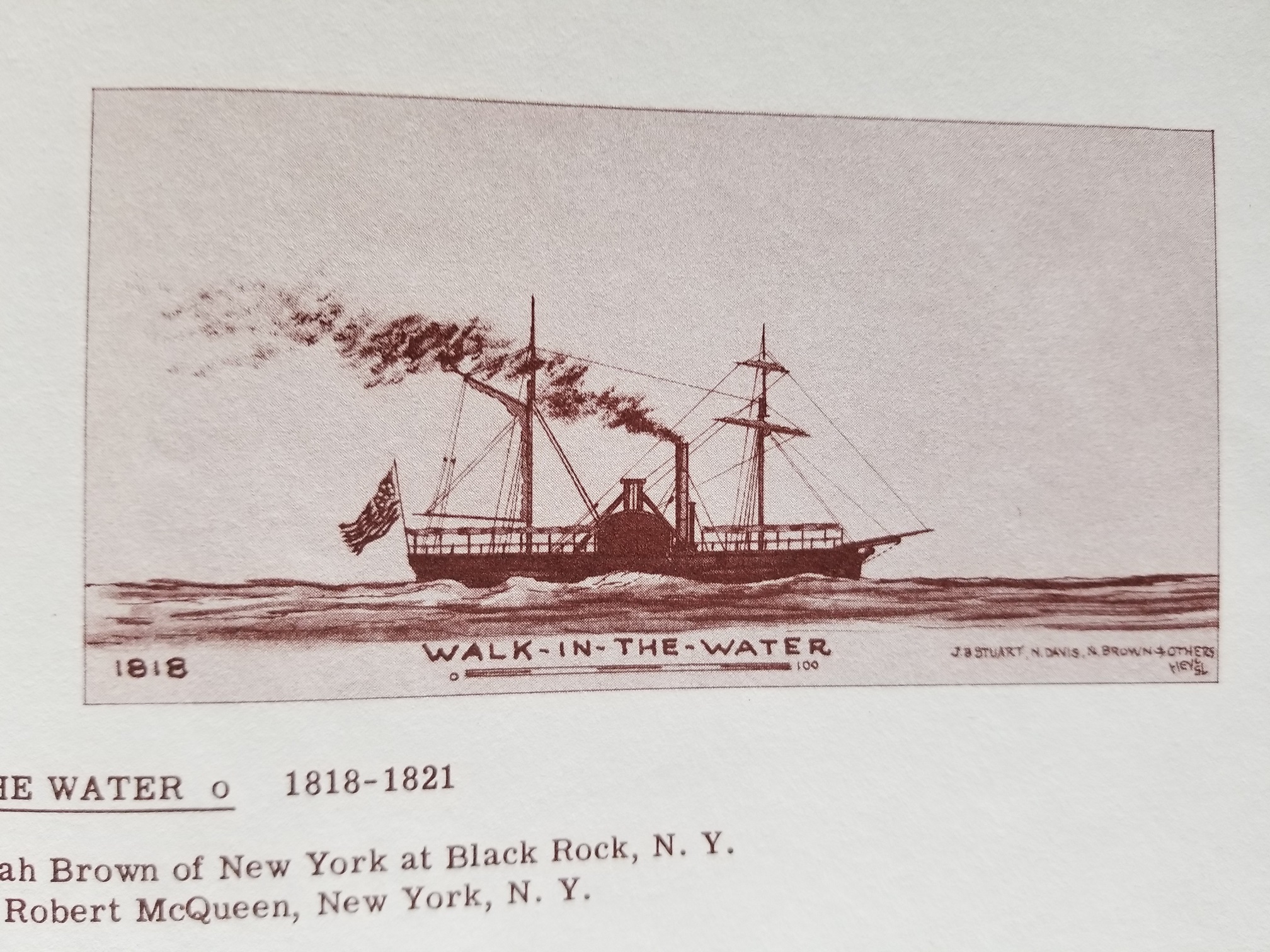 The marine antiquity of the month for October is Erik Heyl’s epic six volume book set titled Early American Steamers.  This set of books remains one of the most important sources for information on the most important US steam vessels built between 1807 and 1870, Heyl’s period of interest.  Heyl create detailed, historically accurate pencil drawings of hundreds of seminal US steam vessels for which he could find historical details, images or descriptions. 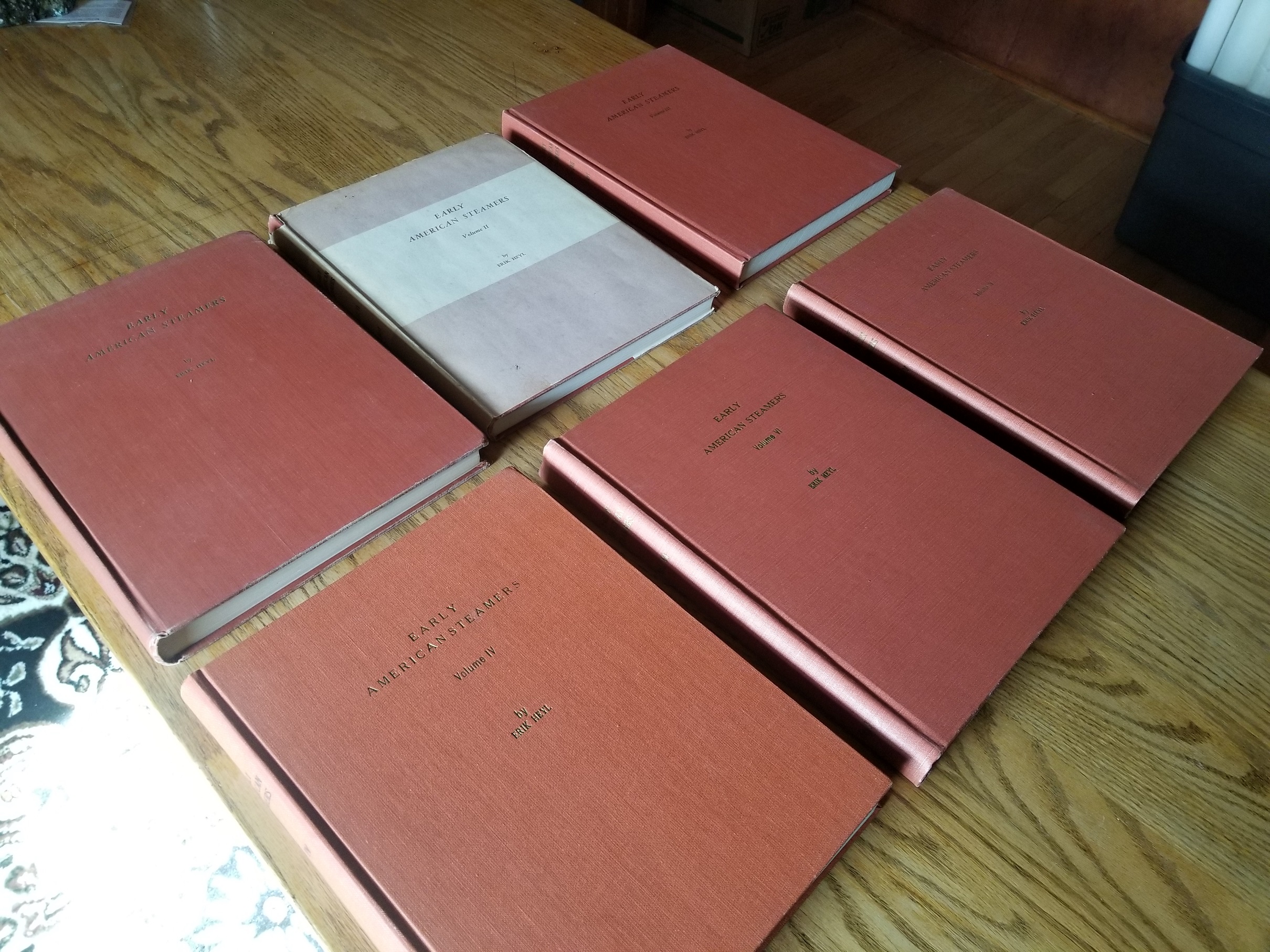 Heyl took his queue from the work of seminal US maritime artist Samuel Ward Stanton, who’s important work American Steam Vessel was the marine antiquity of the month for July.  Stanton likewise, did excellent line drawings of many important early steam vessels before his own untimely death on the Titanic.  Heyl, in many ways, continued Stanton’s work, creating excellent pencil drawings of several hundred important US steamships while giving detailed and accurate histories of each. 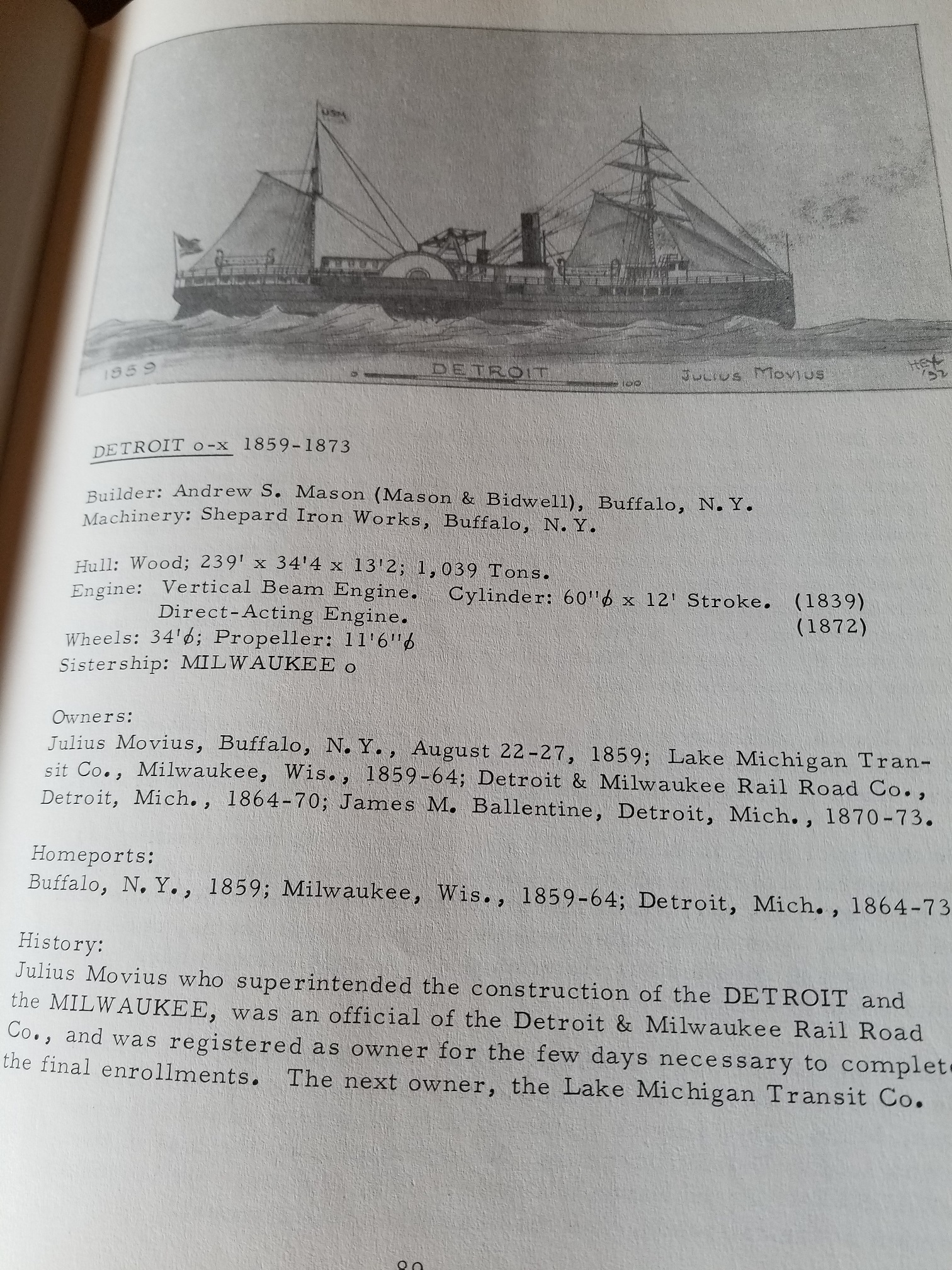 Heyl was born in Milwaukee in 1887, eventually moving to Buffalo, New York where he worked as an accountant.  He came by his interest in steam vessels through stamp collecting, as many early collectors sought postage imprints mailed from steamships.  He began his work in earnest after WWII and published his first volume of Early American Steamers in 1953.  Heyl was very active in Great Lakes maritime history circles throughout the 50s and 60s and was a frequent contributor to many Great Lakes journals and historical publications.  He was also an avid ship modeler and won a number of awards for his work, including the 1964 Samuel Wilkinson Award from the Buffalo and Erie County Historical Society as well as being named 1972 Great Lakes Historian of the Year by the Marine Historical Society of Detroit. 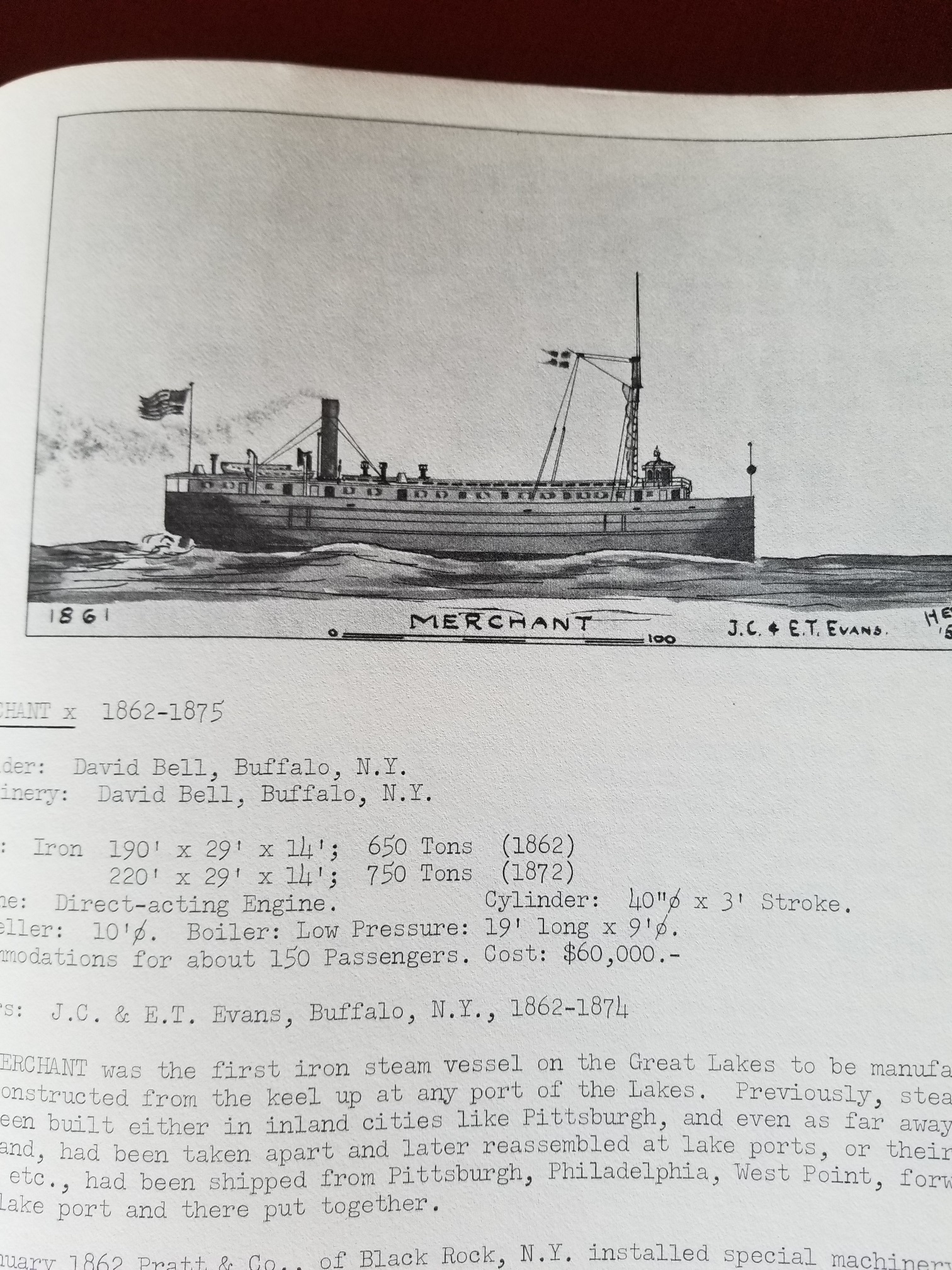 Heyl published his last volume in 1969, which also included a full index to all six volumes.  Heyl passed on July 15, 1973 at the age of 85.  The bulk of his collection was donated to the Center for Archival Collections and Bowling Green State University, now the Historical Collections of the Great Lakes. 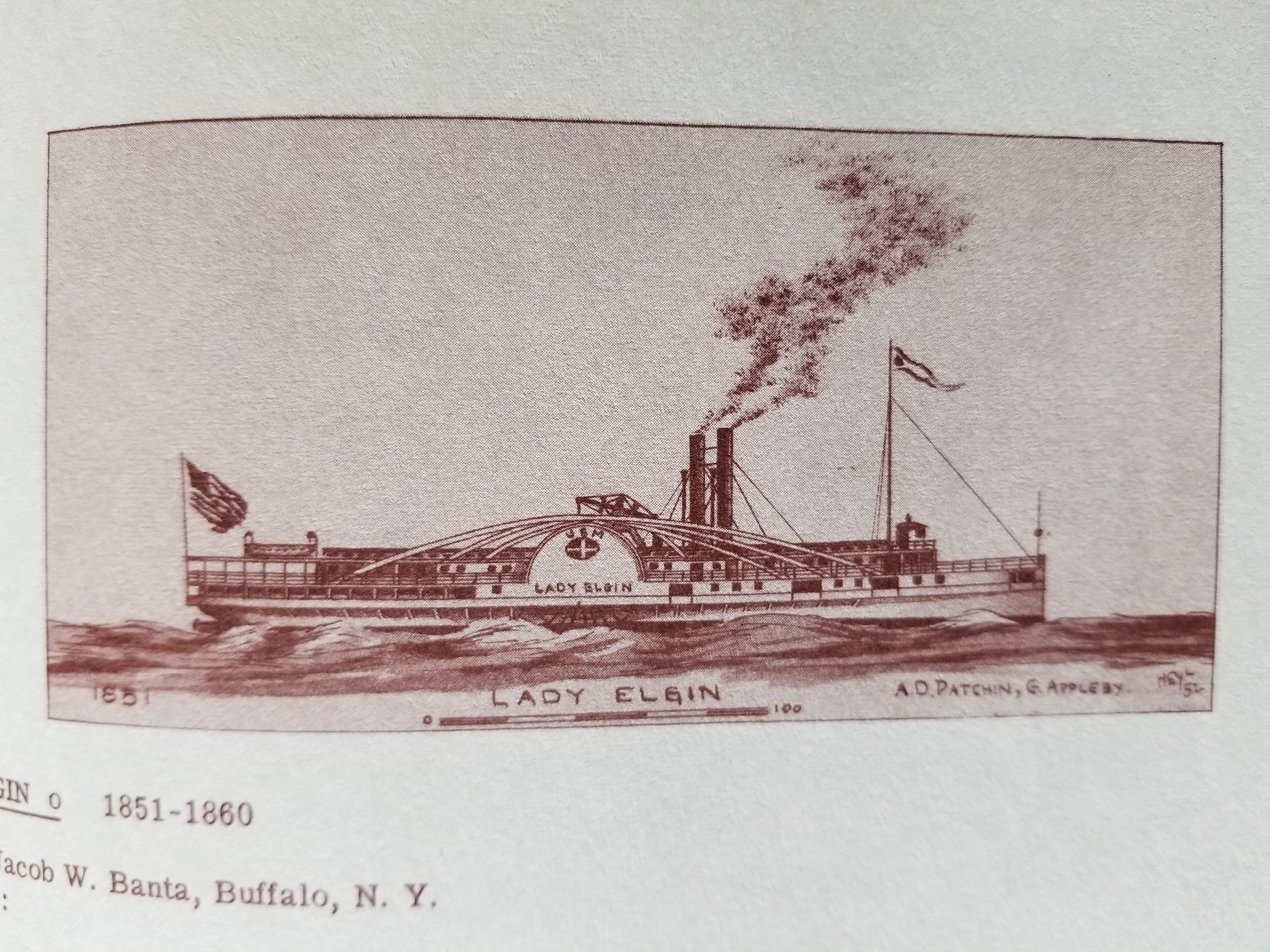 Copies of Heyl’s books were formerly very difficult to obtain, but as with many marine antiquities, the original owners are passing away and the books are once again finding their way onto the market.  Copies of the later volumes can be found for around $50 each, while the earlier volumes remain quite rare and expensive when they do come up for sale. 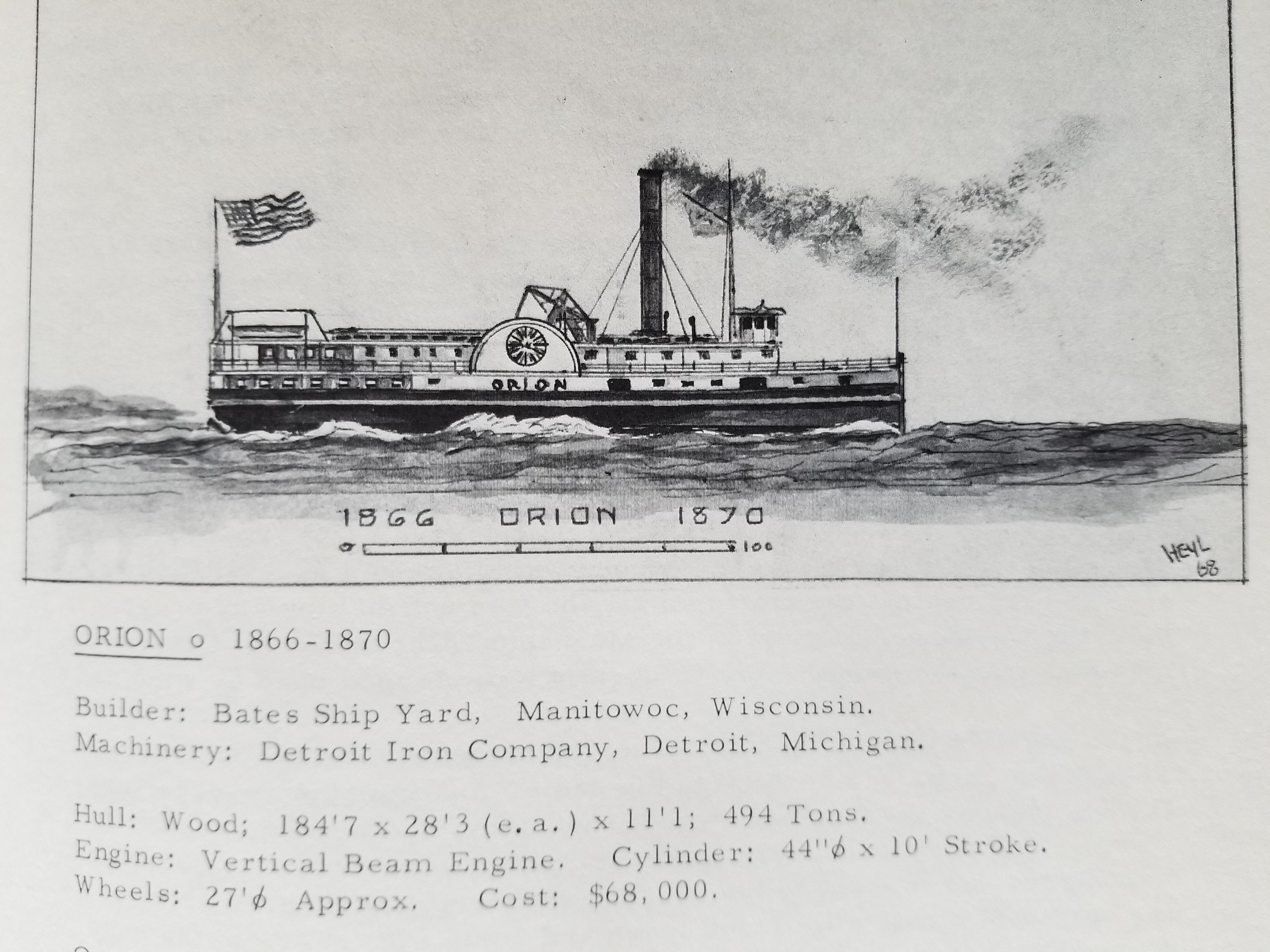