Marine Antiquity for the Month, Nov.; History of the Great Lakes 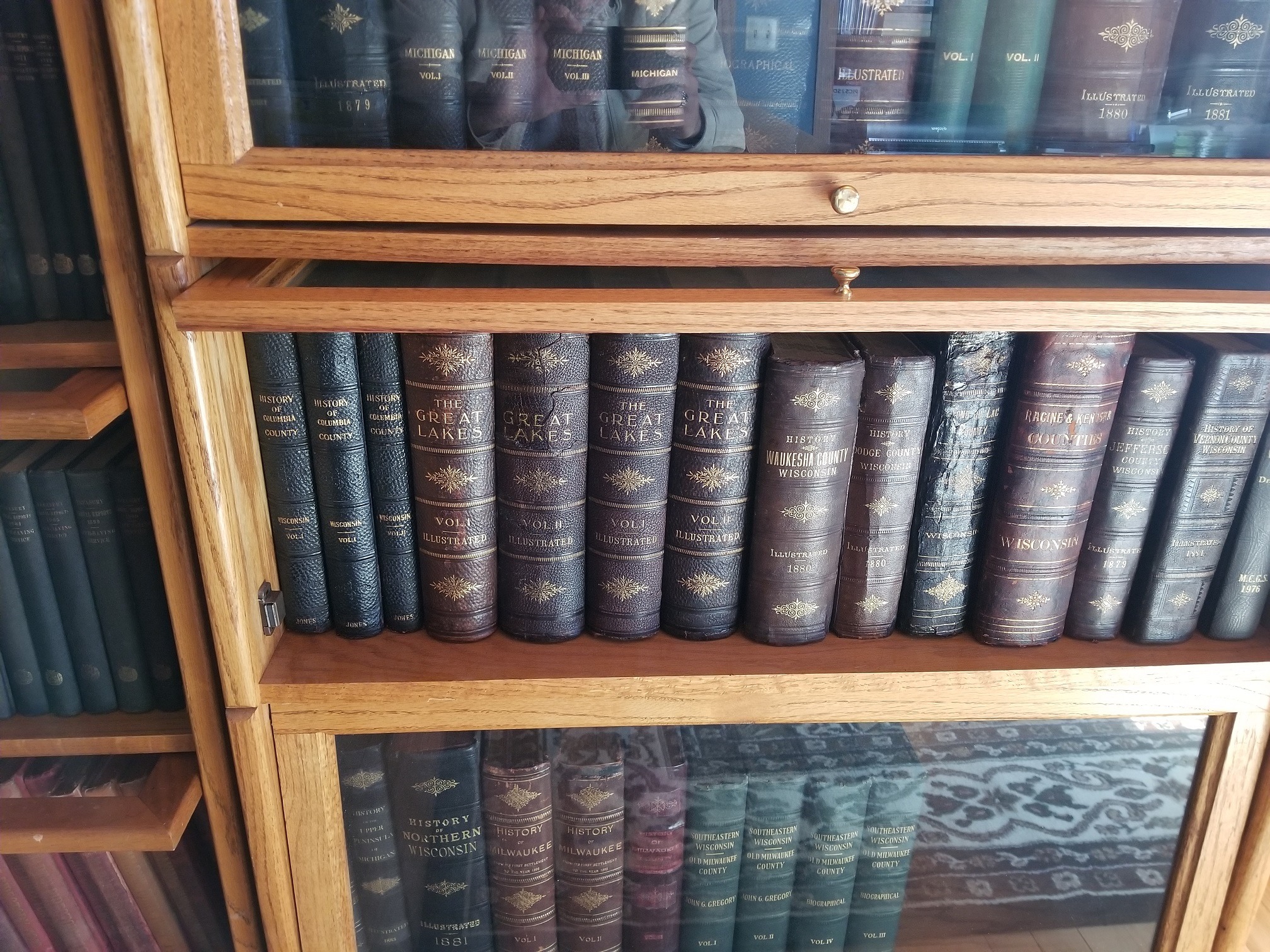 The marine antiquity for the month of November is John Brandt Mansfield’s venerable two-volume History of the Great Lakes published in 1899 by J.H. Beers, Chicago. This massive two volume set, offered in a gilt-decorated, hand-tooled saddle-leather binding, is arguably the most important Great Lakes maritime antiquity ever produced. It is truly mind-boggling in its scope and detail, particularly considering that it was written before the information age, and indeed, before the modern industrial age. 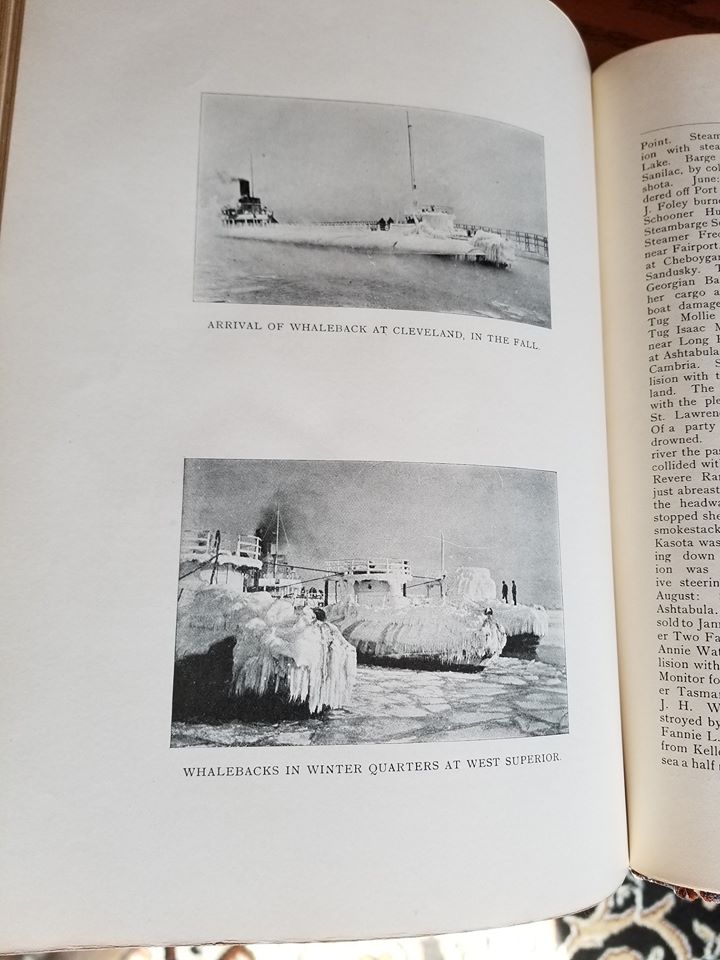 Mansfield’s History of the Great Lakes grew out of the public history movement spurred by the American Centennial of 1876. Many states, counties and cities had become historically self-aware and began to document how they were founded. This, coupled with a healthy dose of civic pride, prompted the production hundreds, if not thousands of massive, elaborately bound local history books. Most notable among these were the many county histories produced by Western Historical Publishing and J.H. Beers of Chicago in the period 1878 to 1900. These companies specialized in the creation of county and city history and biographical books, with most populous Midwest counties receiving a volume. The public history movement also prompted the production of the many birds-eye view maps of towns and cities around the US. Both the birds-eyes and books were generally pre-sold through subscription, and for some extra dollars, one could also get a family page in the biographical section or volume. 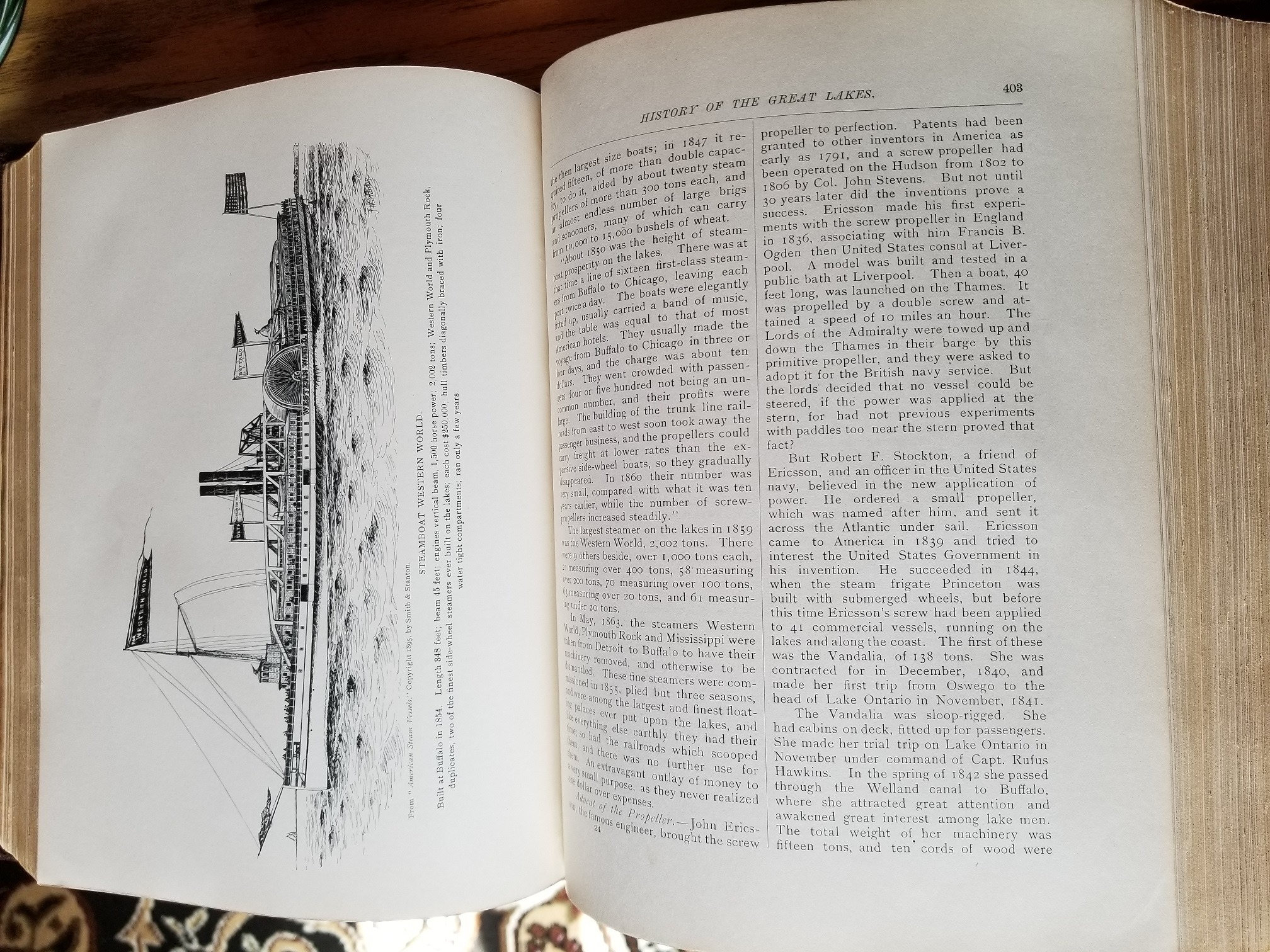 At around 1000 pages per volume, History of the Great lakes is notable for its vast scope and painstaking detail. In addition to early history, it includes a decade by decade walkthrough of the 1800s with a yearly list of every vessel lost and every major event in shipbuilding, commerce and human interest. It also includes an astonishingly complete (for the time) list of every US and Canadian vessel to sail the Lakes in the 1800s with nearly 13,000 vessels referenced. The wreck and vessel lists in History of the Great Lakes served as the basis for nearly all the shipwreck charts, lists and databases that followed in the 20th century. The biographical volume includes detailed family histories for most of the major marine men, captains of Lake vessels and captains of Lake industry from across the region, with around 1500 different people referenced. 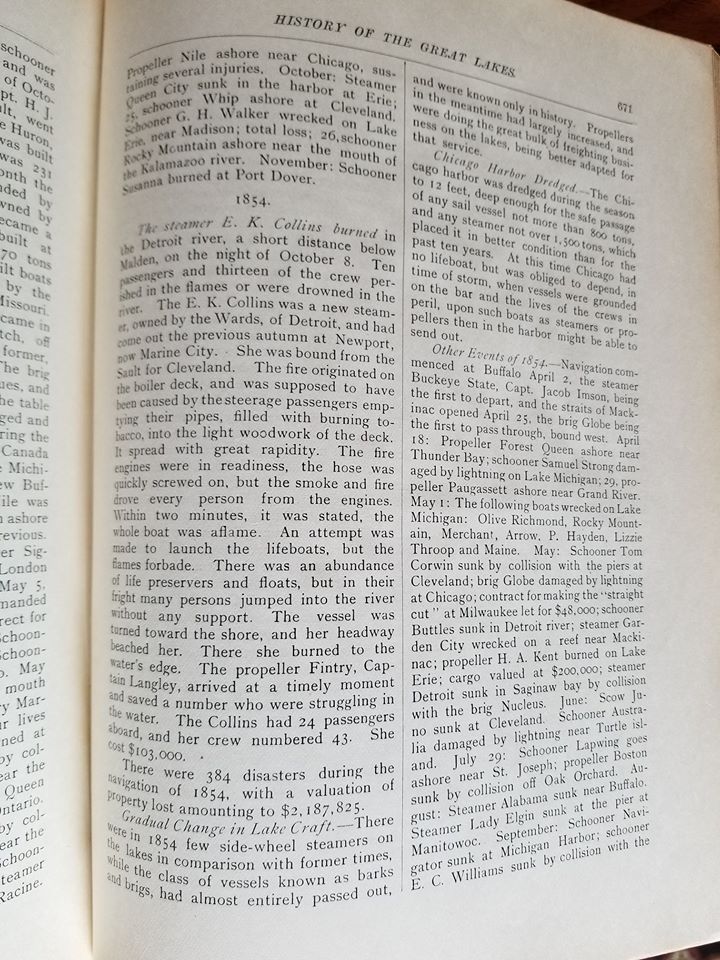 The editor of this massive work, John Brandt Mansfield, was approached by J.H. Beers to act as editor and chief writer outside of his regular job as city news editor for the Chicago Times. Mansfield was born in Ashland, Ohio in 1857 and moved to Chicago around 1885 with his wife Ida after attending law school at Wittenberg College in Springfield, Ohio. During the 1880s, Mansfield acted as a contributor and editor for a number of Beers histories including Crawford County, Pennsylvania and Tuscarawas County, Ohio before undertaking History of the Great Lakes. He worked for at least five years on the effort, bringing together various marine men and several writers to complete the work. He reportedly relied heavily on the Marine Review and Marine Record journals as well as the records of Harvey C. Beeson, editor of Beeson’s Marine Directory. He also drew heavily on the reports and registers of the Board of Lake Underwriters, Inland Lloyds and the wreck lists of Detroit marine reporter John W. Hall. Mansfield completed the work in 1898, which proved to be his last historical editing effort. He returned to his job with the Chicago Times and eventually became the editor of various trade journals before retiring in 1912 and traveling abroad. Mansfield never had any children and died on December 16, 1923 in Chicago at the age of 66. He was buried in his hometown of Ashland, Ohio. 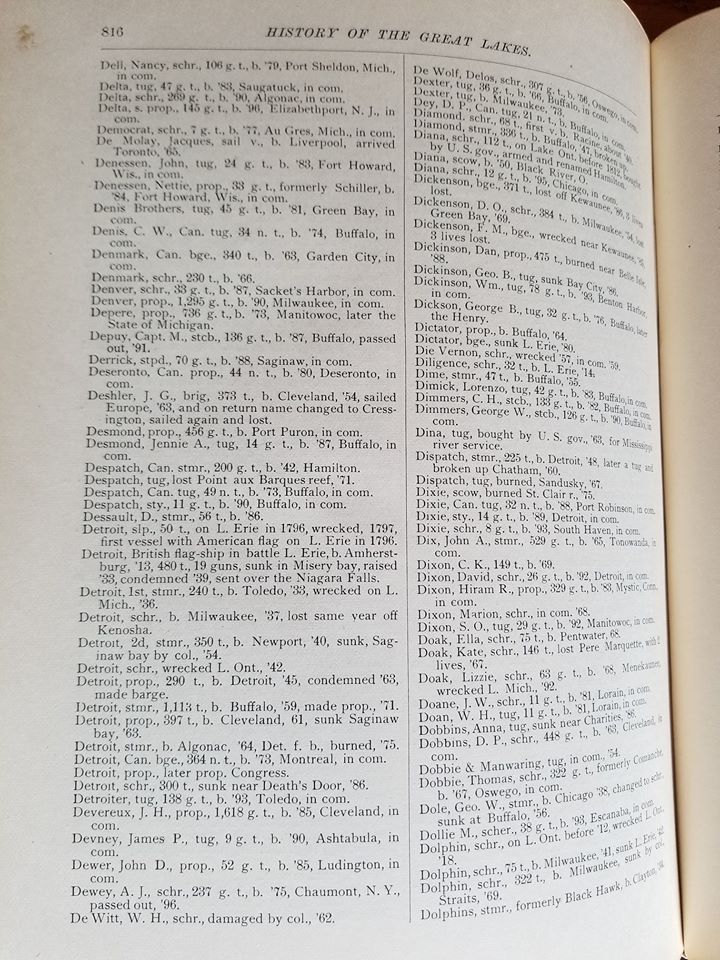 History of the Great Lakes has been republished a number of times, most notably in 1972 by the Great Lakes Historical Society and again in 1999 by Freshwater Press. These facsimile reprints are very useful for those who don’t wish to over-handle the original leather-bound copies, which are generally fragile. The leather used to bind most county histories of that period is prone to a condition known as red rot, caused by acidification of the leather. It causes the leather to become brittle and to rub off as a red powder when handled. This frequently causes the covers and spine to become detached. Red rot can be treated with a colloidal suspension known as Cellugel, which should be familiar to most book conservators. Volume 1 of History of the Great Lakes was also reprinted in 1980 by Coles Publishing in Canada as a three-part softcover set titled as Trading and Shipping on the Great Lakes, Adventures on the Great Lakes and Saga of the Great Lakes, respectively. 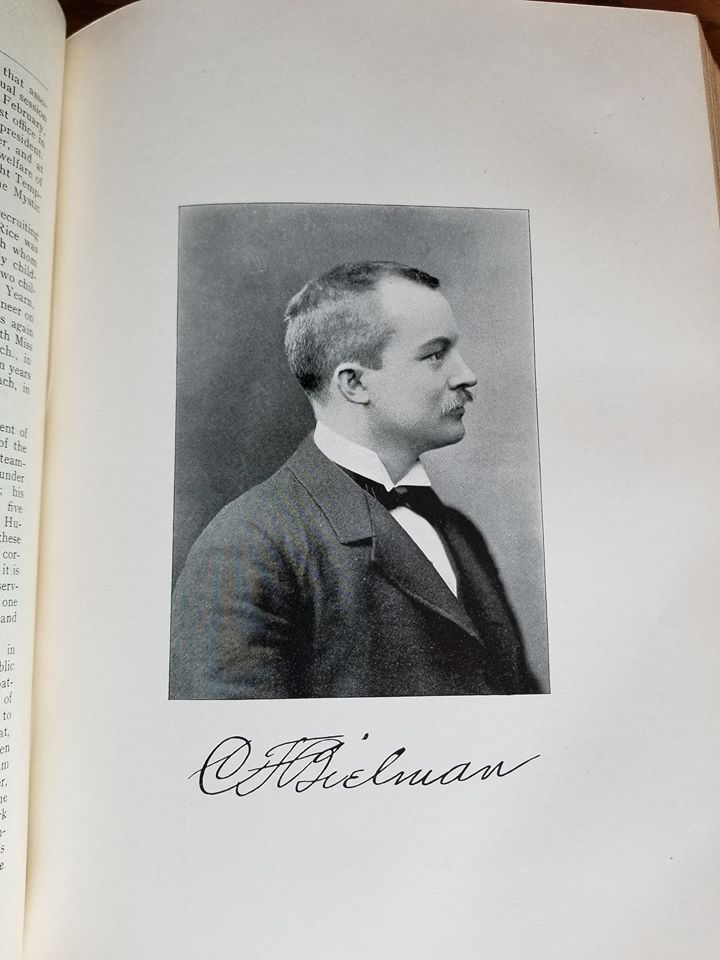 When I was a young man first researching Great Lakes maritime history, I actually xeroxed the entire first volume, as it was at that time, very difficult to obtain, even in reprint. These days, I make less use of the vessel data in History of the Great Lakes, as other, more complete sources are now available. However, the family histories and remembrances shared in the biographical volume continue to yield hidden nuggets of important history for my research. It is also interesting to read History of the Great Lakes for its contextual perspective of Great Lakes industry as seen by people of the 1890s. This was a time when schooners were disappearing on the Lakes and technology was rapidly evolving. There was a very clear wistfulness and sense of nostalgia for the simpler times of the wooden ship era, which played a large role in much maritime history of the period. 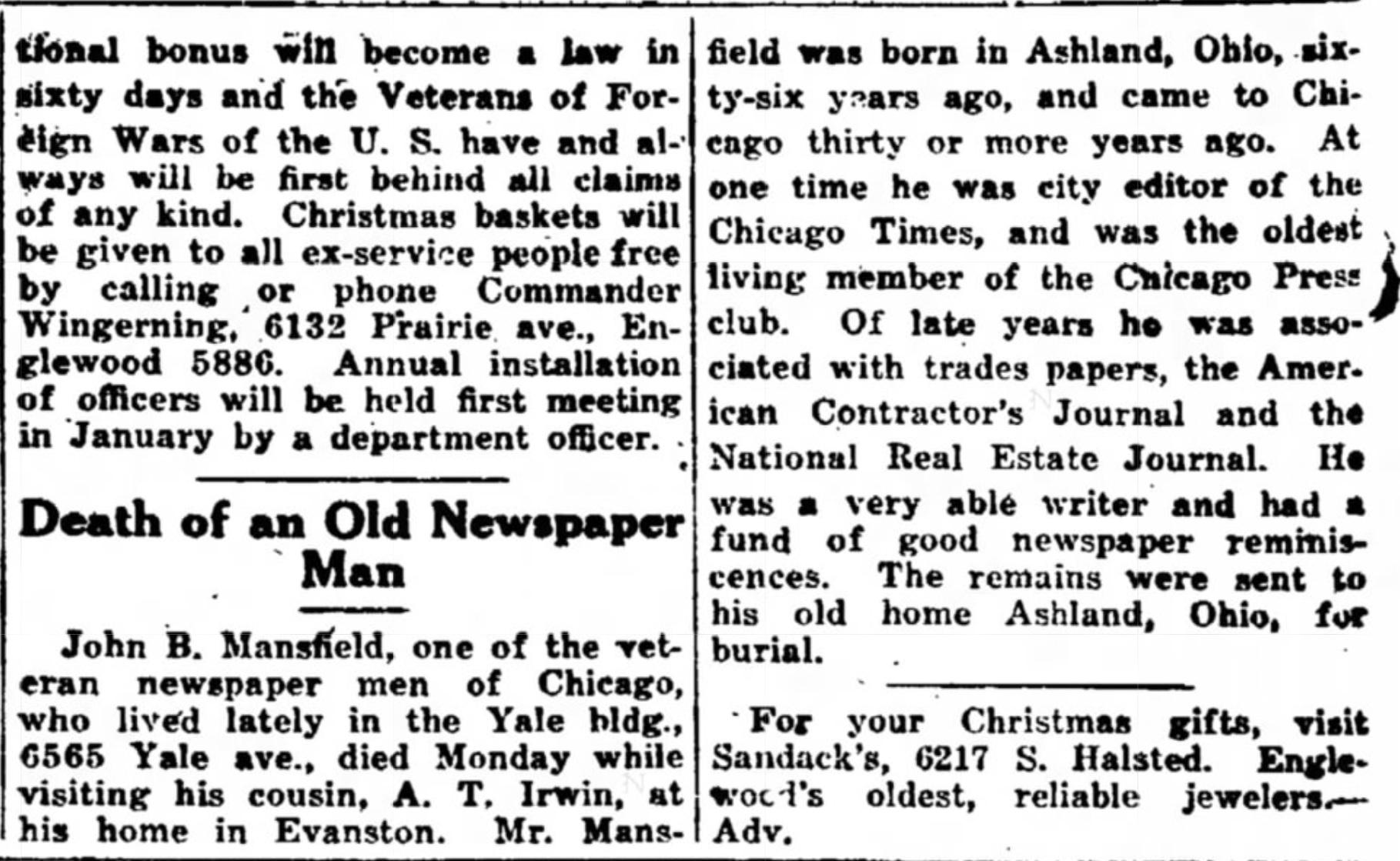 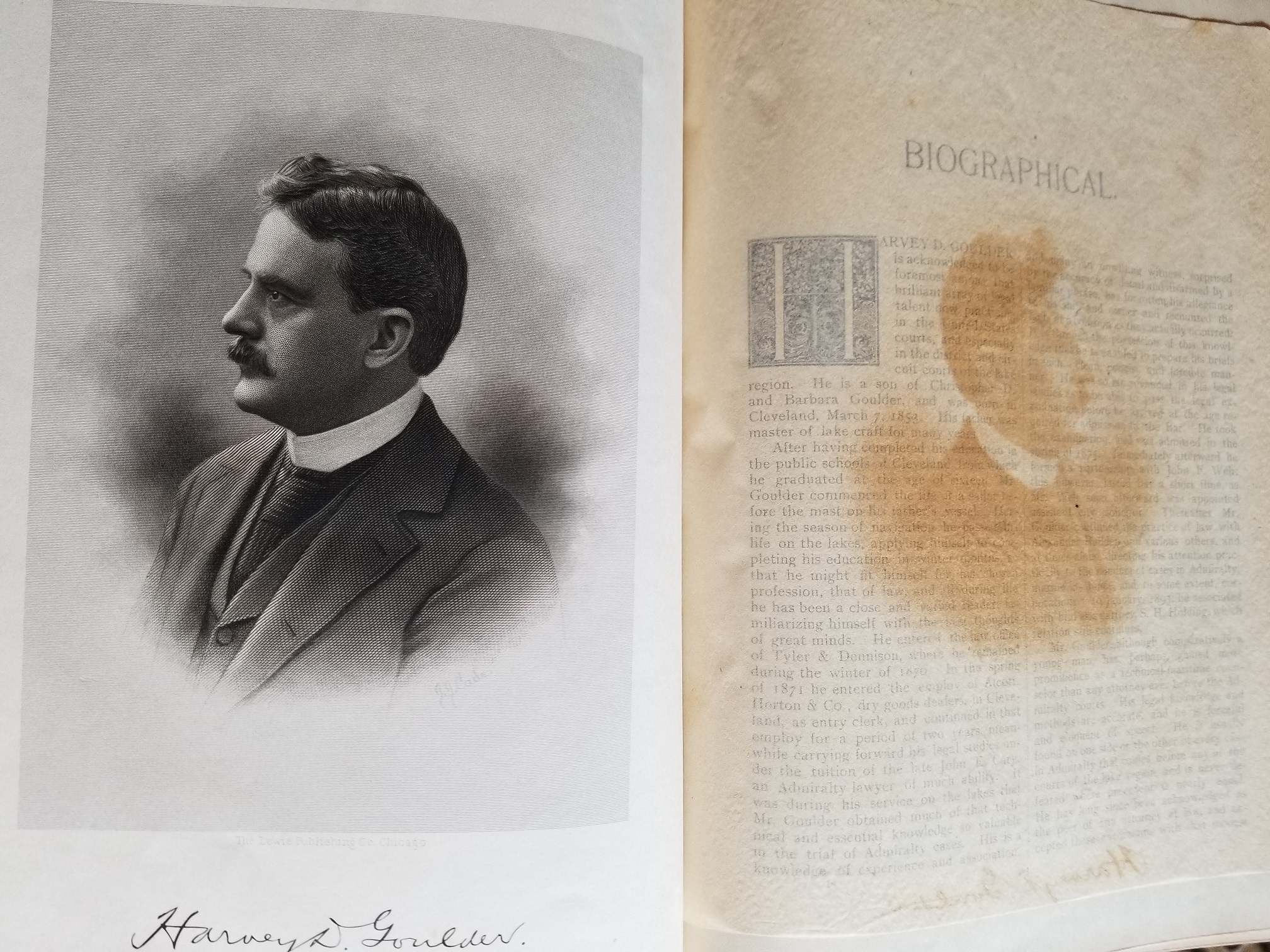 My own collection includes two full original sets, both in excellent condition as well as the 1972 reprint and the three Coles reprints. Both my original sets have been treated with Cellugel and one has had its hinges internally strengthened with acid free materials. 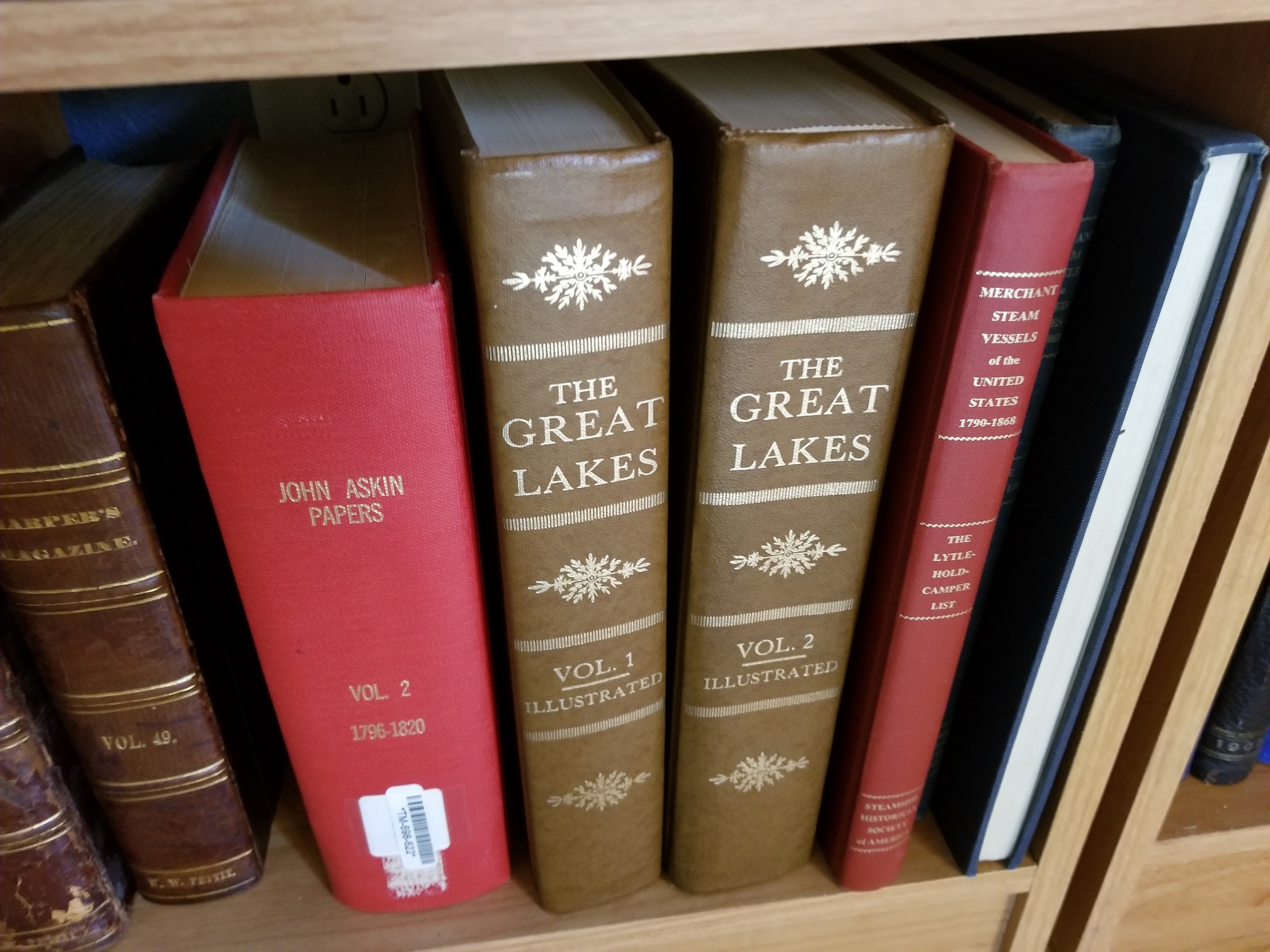 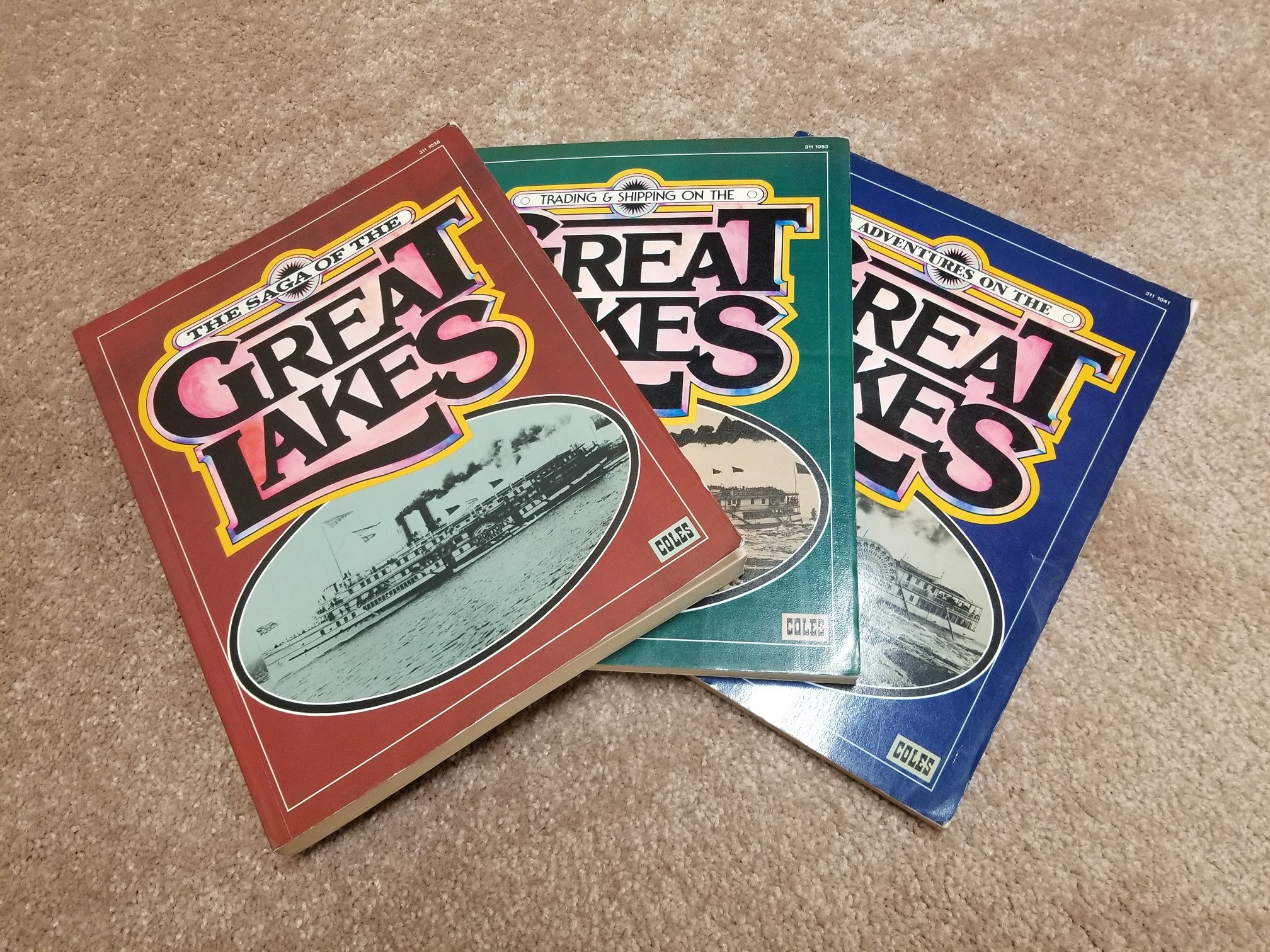